When brainstorming for a vacation destination Turkey doesn’t immediately jump to the forefront of many people’s minds, but maybe it should. Yes, Turkey has some political issues right now. Things with Russia aren’t good. There is a small scale civil war with the Kurds (PKK and YPG). ISIS has also complicated things in recent times with attacks of its own. However, I was just there and these dangers don’t affect most travelers. In fact, better deals can be found now due to some of this unrest. Bad things can happen anywhere, but you already knew that, or you wouldn’t be reading a travel blog.

Point is, Turkey is a seriously underrated travel destination. I have spent over a month there, obviously it is impossible to see it all but here are a few of my must dos in Turkey.

Izmir- Located in Western Turkey it is probably the most liberal city in Turkey. The people dress in a western fashion in name brand clothes, there are several breweries and the locals don’t mind throwing back a pint or three. Public displays of affections are greeted with indifference. It is a predominantly Muslim community but not as hard line as other parts of the world, or even Turkey.

That aside there are world class attractions here. Ephesus is a collection of well-preserved roman ruins, some of the best in the world. There are Biblical sites like the home that the Virgin Mary lived in until her death. One of the ancient wonders of the world, Temple of Artemis, is near Ephesus as well.

If you are not a history buff or a beer fan then you can enjoy the beach. The Çeşme Peninsula is located not far from the city. There are several beaches to choose from, all good for cooling off in the Aegean Sea. The fairy chimneys of Cappadocia

Cappadocia- After the chaos of the big cities in Turkey, Cappadocia is the perfect small town getaway with stunning natural beauty. The other-worldly landforms known as “fairy chimneys” are a site to behold. An sunrise hot air balloon ride may be the best way to see them, but be sure to bring a little extra cash as they run anywhere from $90-$220 USD. If it is out of your budget, or you don’t like heights, there are plenty of other options including ATV and horseback tours. Of course my personal favorite is DIY and just go for a hike. Unlike Ephesus, the crowds here are minimal and you can get much closer and even in the centuries old caves. Uchisar Castle is the highest point in the region and will give you almost the same view point as the balloons for about $3 USD.

There is also biblical history here as it was an early Christian settlement as well as sites going back to Roman times. There are 36 underground cities in the area including the main two of Kaymakli and Derinkuyu. 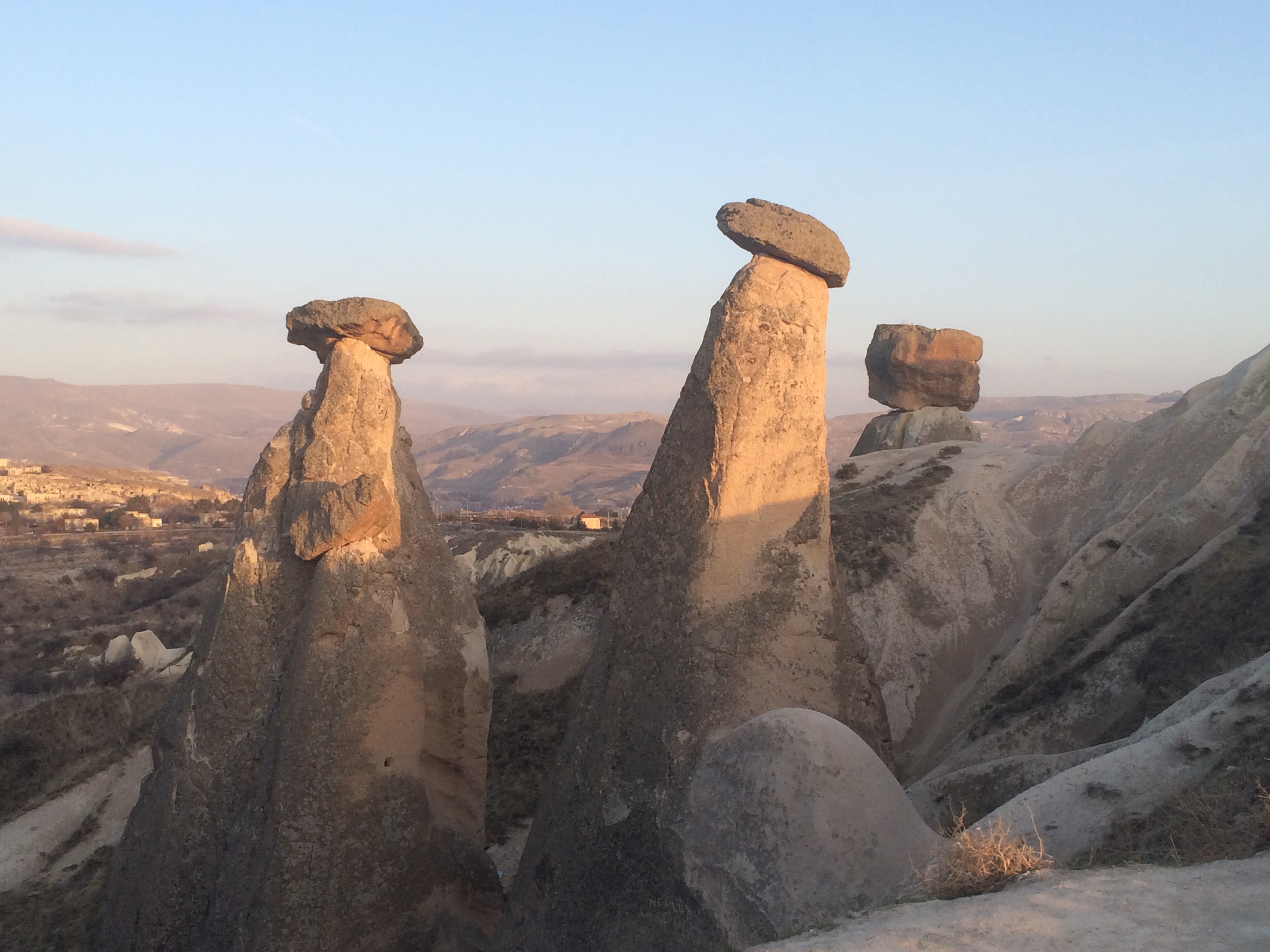 The city of Goreme is probably the best launching point for a Cappadocia adventure but it is a bit pricey as it caters almost exclusively to tourists. It is a bit more conservative than Izmir but it is a wine region and the local wines are served at almost every restaurant. Give it a sip, particularly the white wines. 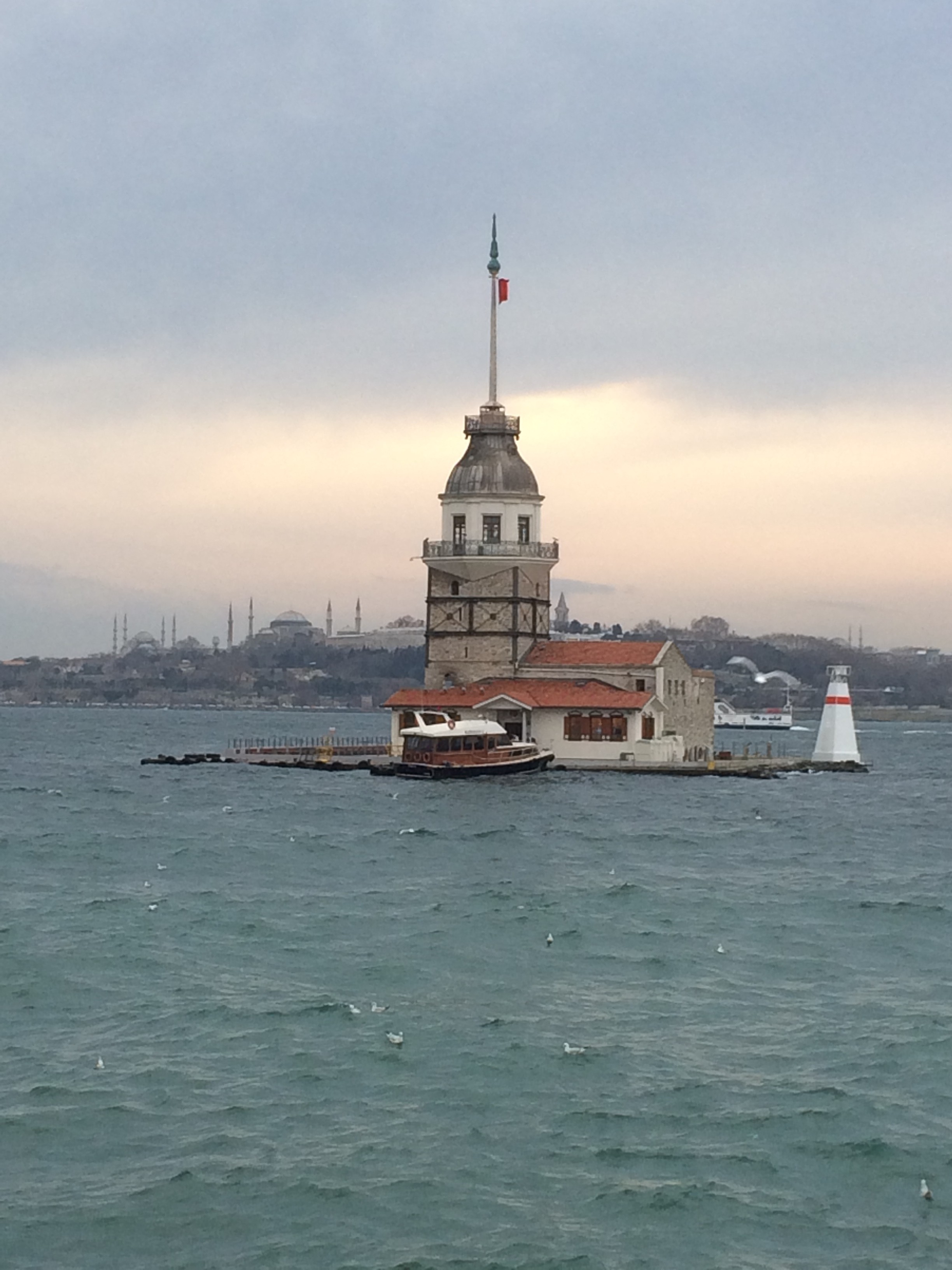 Istanbul- This is where the lion’s share of visitors go and with good reason. In a place like Istanbul you can’t help but run into history. The big name attractions are Hagia Sophia and Sultanahmet Mosque (Blue Mosque) and they are certainly worth your time, but there is so much more. The Suleymaniye Mosque is impressive in its own right and offers great panoramic views of the city. The Ortakoy Mosque is another picturesque mosque on the Bosphorus strait, which is the boundary between Europe and Asia. Don’t miss the fantastic street food nearby. The Galata Tower and the Fortress of Rumeli are two other spots that are must see on a trip to Istanbul. If on the Asian side, the Maiden’s Tower, which is now a restaurant, is worth a visit. Istanbul is a huge city, one of the biggest in the world, thus you can find almost anything you want there. If you are looking for shopping or nightlife you need to go to Taksim Square. This might be the most liberal area in all of Turkey. You can see all types of people from same sex couples to cross dressers to all walks of life going out for an all-night party.

I visited a few weeks after the attack on the German tourists and it quite frankly scared off a lot of other visitors. I ended up getting a room that is ordinary $150 per night for $25. Was that foolish of me to be there at such a time? Maybe, but think about this: that attack killed 10 people in a city of over 14 million. I’ll take those odds.

Ankara- The first three places I mentioned are well known tourist haunts. To get off the beaten path a little, but not too far, try Ankara. The biggest attraction in Ankara is its people, in my opinion the most hospitable in Turkey- a county known for its hospitality. If you spend any amount of time in Turkey you’ll notice a picture of a man in most homes and businesses, which is the Ataturk (Mustafa Kemal Atatürk). He is the founder of the Republic of Turkey and has a fantastic mausoleum (Anitkabir) with a wonderful museum about the revolution. You could literally spent most of a day just there. If you are looking for a view of the city, look no further than the Ankara Castle. If you are in search of shopping, bars and restaurants be sure not to miss the lively Kizilay neighborhood. Ankara is a great place is observe the life of the average Turk. These are just a few of the places to see in the great country of Turkey. Also worth consideration is Van in the east with the country’s biggest lake, or Canakkale and the ancient city of Troy, or the beauty of Pamukkale, or Konya or Antayla, the options are truly endless. On your next trip save some cash and skip the crowds of Western Europe and come to Turkey. You won’t be disappointed.

2 thoughts on “Why You Should Visit Turkey”