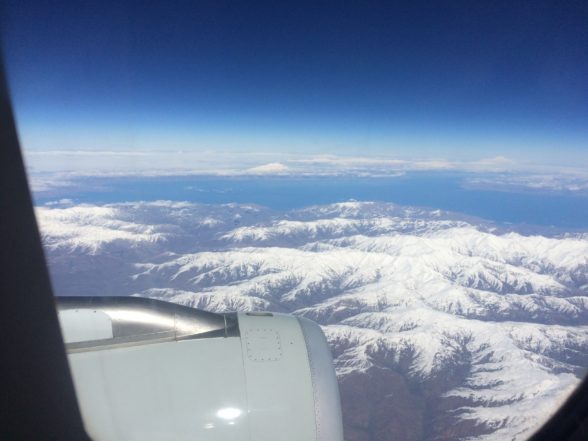 I do not consider myself an inspiration. I am just a regular guy who wanted to take a look around. Still, I’ve had many people tell me that I have inspired them. I’ve allegedly inspired them to travel more or to follow their dream, whatever that may be. After saying that, the next sentence is usually something like, “how did you do it?” In case you are one of those people, one big part is air travel.

Even the most novice of travelers knows that the biggest expense in travel is usually getting to the location. I’m often asked about how to find cheap flights. Unfortunately, there is no magic bullet or a magic website that is going to find you the best deal. It requires a lot of research. Here are the basics: 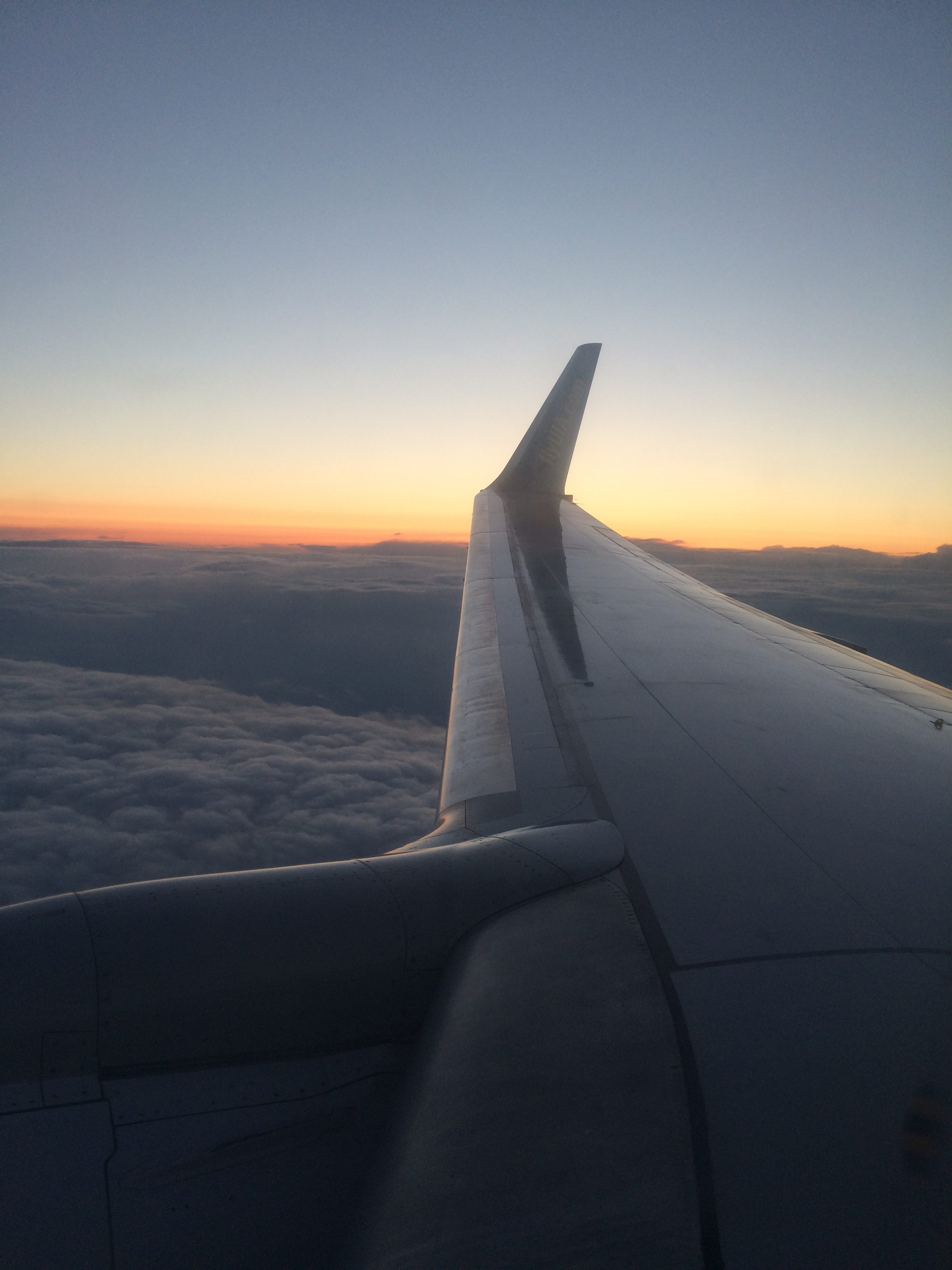 Like most things in life, timing is key. Basically, avoid the times that most other people are flying. You want to see a flight price almost double? Try flying around Christmas. This goes for Thanksgiving, Spring Break and most of the summer. The same idea can be applied for days of the week. Most people on weekend getaways are looking for Friday afternoon/evening flights with a return ticket on Sunday afternoon/evening. These tickets will be a premium. Try flying on a Tuesday or Wednesday and enjoy the savings. 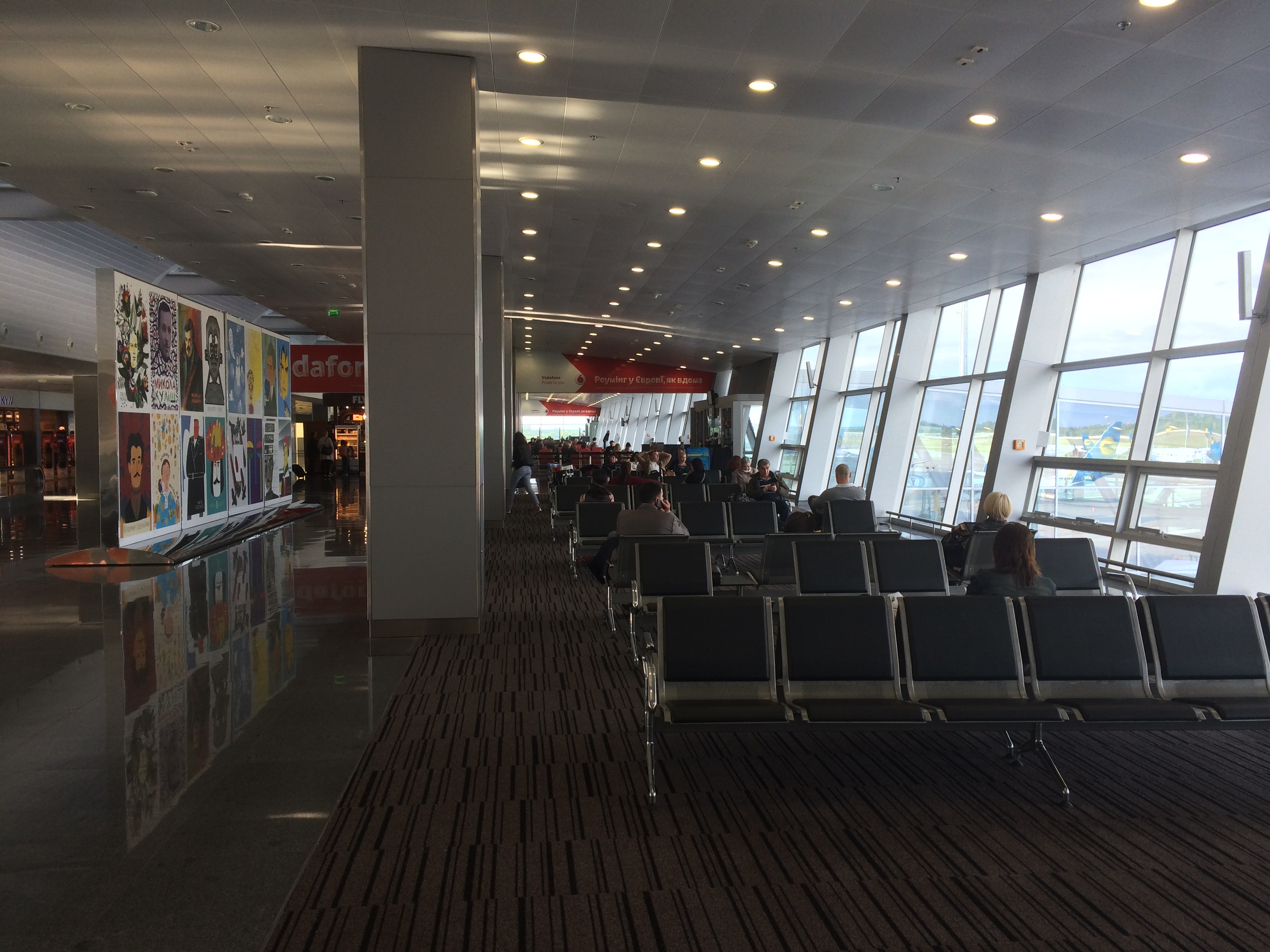 This might sound crazy, but certain airports are cheaper to fly into and out of. Just because you have a trip planned to city X doesn’t mean you can’t fly into city Y. After getting in the ballpark, trains, buses and even helpful friends/family can get you to where you need to go with a pocketful of cash. Think of it like Costco or Sam’s Club, certain airports do more business and economy of scale can apply. Cities like Los Angles, New York, London, Dubai, and Istanbul often have much cheaper fares than cities just a few hours away. For example, I was looking at a ticket from Honolulu to Cleveland in July and it was $900, but a ticket from Honolulu to Toronto was $500 and only a six-hour drive away. The bus cost about $60 each way. Not super convenient, but you wanted to save money, remember? 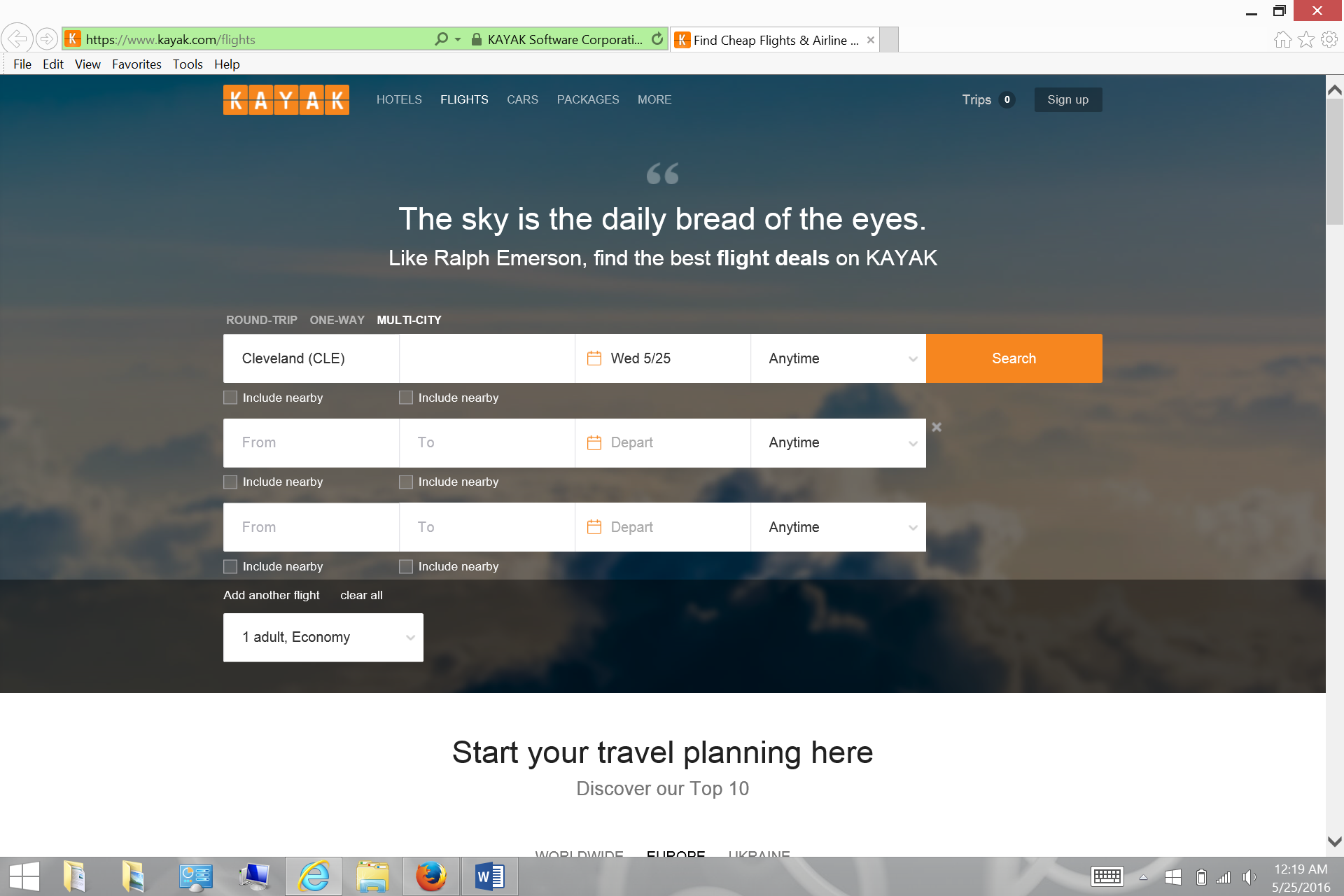 Occasionally, you can add another city to your trip for a few more dollars or sometimes even LESS than going straight away. Don’t ask me why this is, I just know it is true. For example, I was looking at flights from Orlando to Honolulu and to add a stop in New York City was just $30 more. Talk about a no brainier! To other people it looks like you are jet setting around the country or world. Sometimes things get completely nuts: I was checking flights from Honolulu to Rio de Janiero in September and the best I could find for one-way was $1,300. After checking stops in almost every country in South and Central America, I found a flight to Rio with a six-day stop in Panama City, Panama for $820! It was like I was getting paid to visit Panama! After looking at a few flights, note where the layovers are, that is usually a good place to start. Sometimes the length of stay matters, some like 48 or less and some are looking at more like a week. Keep your options open. 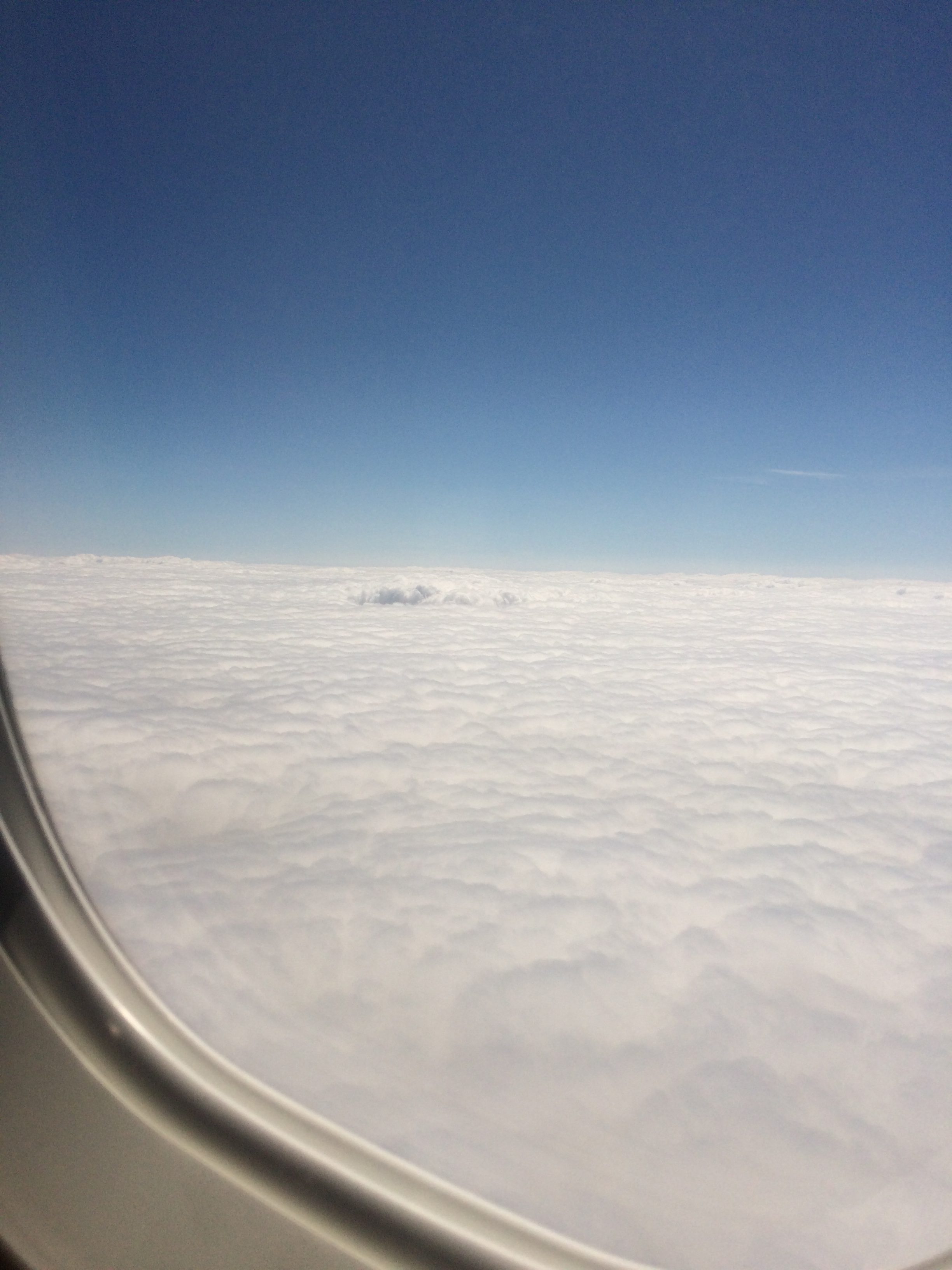 One Way vs. Round Trip

I’ve been on both sides of this coin and I don’t know how to explain it. No matter what you are looking for, include the other in your search. I’ve saved hundreds by flying two one way tickets and at other times I saved by booking a round trip ticket even though I only needed one way. 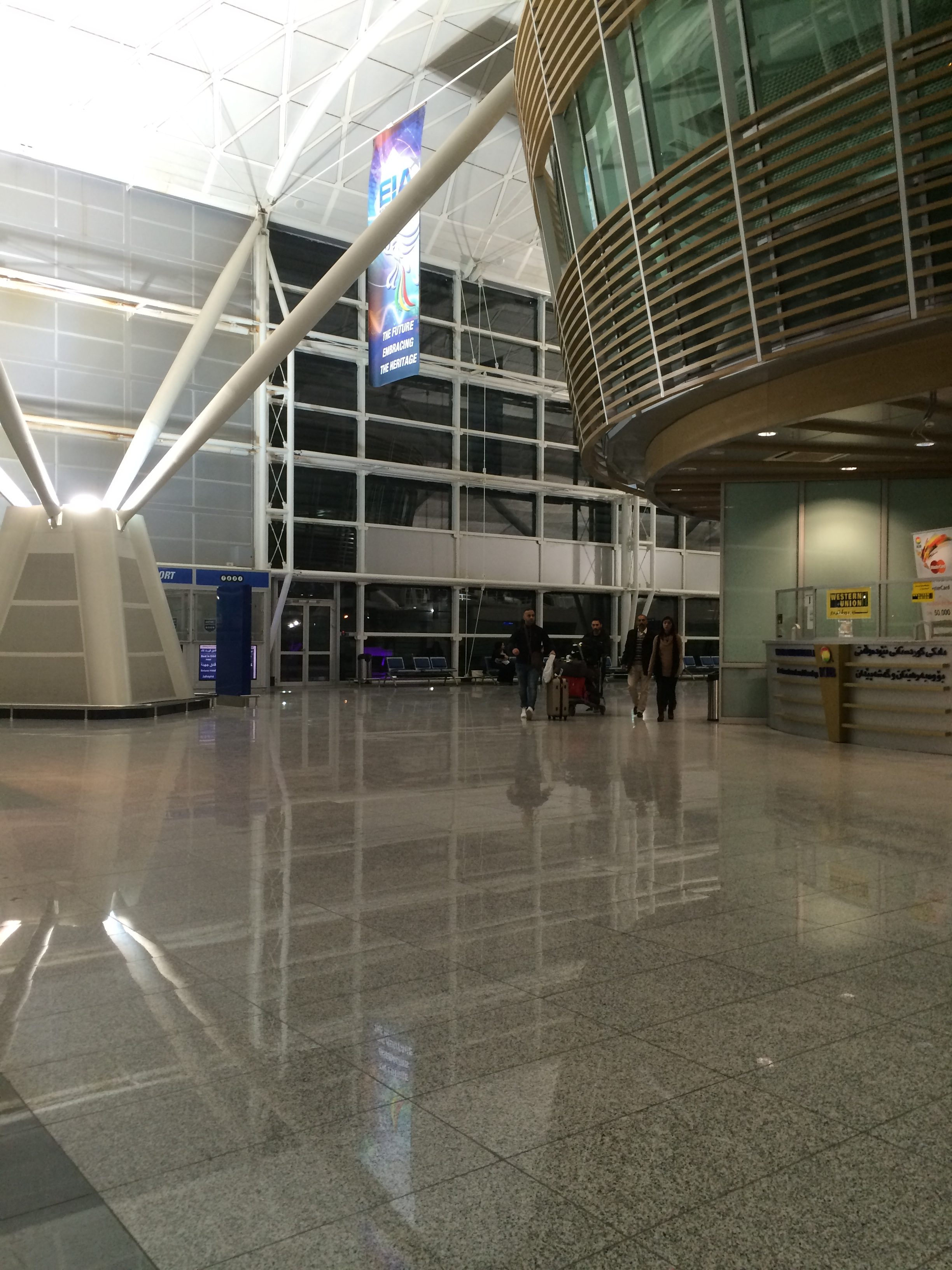 Layover is the Destination

When you hear on the loudspeaker. “We have an over…” don’t even wait to hear the rest, race to the podium. You will usually collect between $200-$500 in vouchers to take a later flight. This sometimes also includes free food and/or a hotel room. One time they bumped me up into first class on the next flight for free! 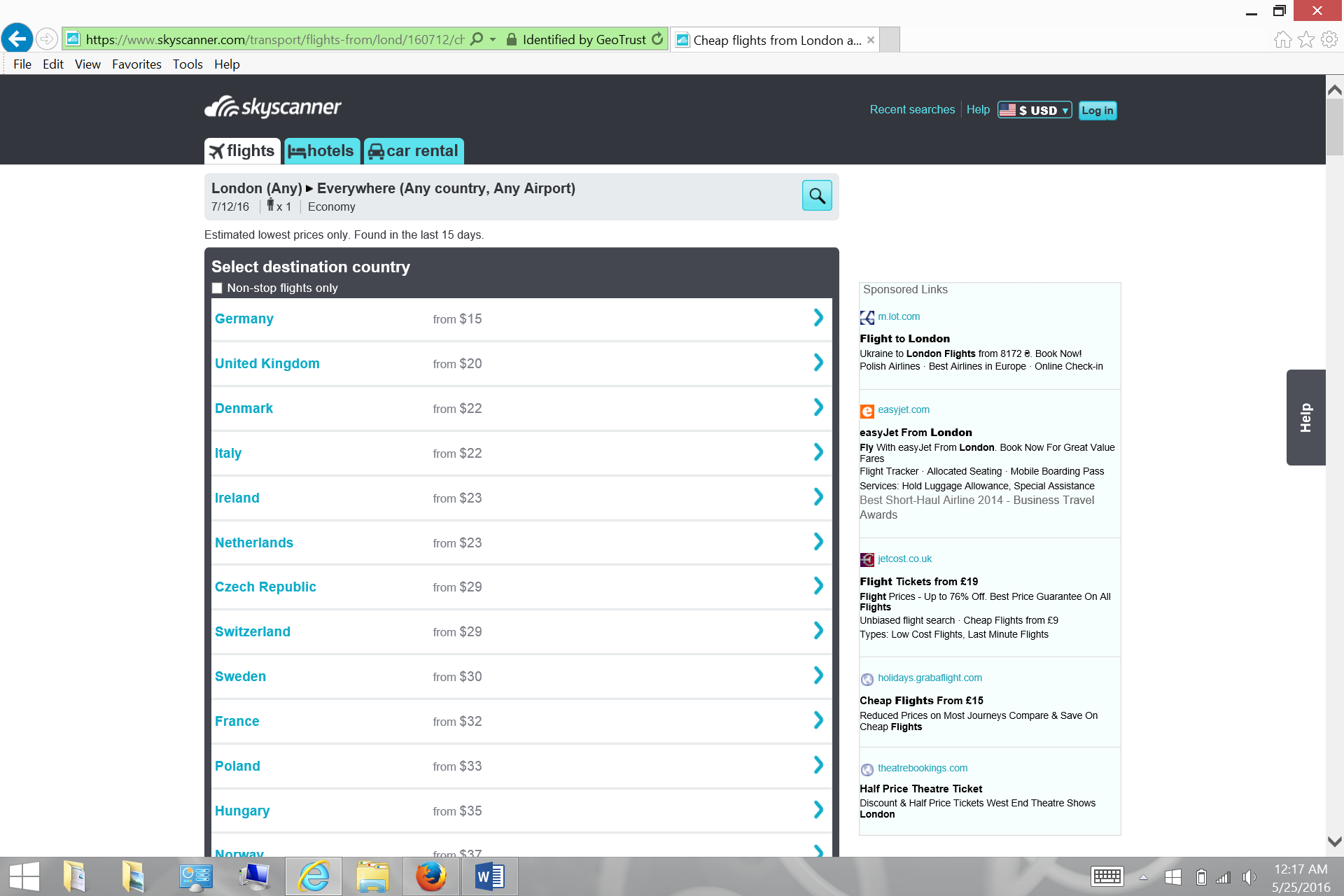 For international flights I like to use skyscanner.com, but also check kayak.com, especially for the multi city search. Skyscanner has a feature where you can set the destination to “everywhere” and it will show you the cheapest places to fly from a given place. Often you can get great deals to places you hadn’t considered. Once settled on a flight also check that airline’s site sometimes it’s cheaper. Also remember that regional budget airlines aren’t always included in these big search engines. Check them separately.

When it comes to air travel, the best ability is flexibility. Whether it is the time of year, day of the week, departure/arrival city or type of ticket it is all about being flexible. I understand that at certain times you can’t be flexible and that is ok, just expect to pay more.