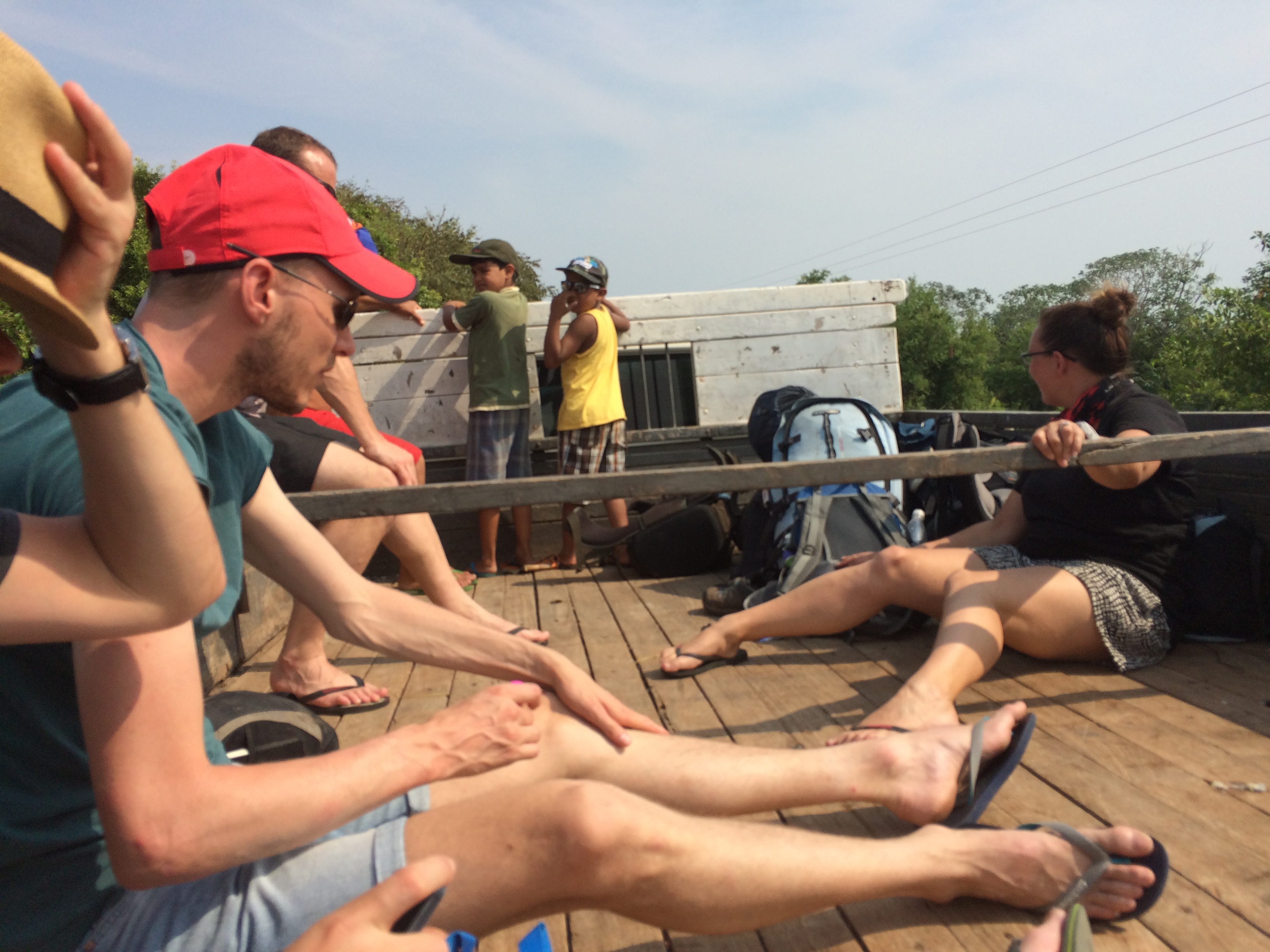 They said it couldn’t be done. They said it was too far, too dangerous and impossible because I don’t speak the language. But I did it.

Taking a bus/van/car/truck/train across South America isn’t for everyone but it can be done and can also be advantageous. Buses drop you closer to the city and are much cheaper, averaging about $1 to $1.50 an hour.

Without the use of a plane I traveled from Atlantic coast of Brazil to Bolivia to Peru to Ecuador to Colombia. I didn’t travel in straight lines but zig zagged all over the continent. Overall, I traveled 9,642 miles which is about 300 miles more than the distance from Los Angeles to Cleveland…four times.

I took four journeys of at least 20 hours, with the longest being 29. It sounds ridiculous, but I enjoyed these. The first few hours can be rough but soon my mind went elsewhere and the hours melted away. It is similar to the feeling when running a marathon or any long distance activity.

I avoided any major catastrophes but did have a few interesting situations.

Snakes in a Van

In Brazil, our shuttle driver doubled as a delivery driver. We’d stop every so often around Campo Grande and pick up random items for transport to the Pantanal and then back again. On the way back, I saw the driver grab what looked like a bag of water with something moving in it. During a rest stop, curiously got the better of me and I opened the back of the van. It was a bag of snakes! Live snakes! You’ve seen Snakes on a Plane but we had real life snakes in an MFing van! After I slammed the door, the rest of the ride I half expected to feel something slither around my neck. Of course, nothing happened.

On most buses the seats are assigned, similar to a plane. On a plane if no one is sitting next to you when the plane takes off, you’re golden. It’s a good sign on a bus, but in the next town someone could easily join you. On the bus from Foz do Iguacu to Campo Grande in Brazil I had the seat to myself to start and in every town, as people piled on, I would say to myself, “don’t sit here, don’t sit here, don’t sit here” and then cheered to myself as they passed. It worked, I was alone. Until one town I saw a beautiful girl get on and then I changed my chant to “please sit here, please sit here, and please sit here” and she did! Of course there was no way she spoke English as few people in Brazil do, especially on a bus in a remote place. But she did, she studied in Chicago as part of an exchange program and spoke perfectly. We ended up talking non-stop for over six hours until she had to leave. We ended up staying in contact for the rest of my trip in South America. That was my favorite bus ride.

The strangest ride came in Bolivia. In Santa Cruz, I went to the bus station the day before my departure and bought a ticket. When I went back the next day I went to the departure gate and there was no one there. There should have been, it was close to the embarkation time. I went back to the window where I bought the ticket and everyone just ignored me. In perfect conditions I struggled to communicate, I had no shot in a busy, loud bus terminal. I didn’t dare take out my phone and attempt Google Translate. So I stood there racking my brain for a solution. Then a was tapped on the shoulder and a young man who started saying “Sucre, Sucre,” which is where I was going, and motioned me to follow him. He led me to another ticket window and starting writing a new ticket. I was alarmed, I didn’t need a ticket, I needed to find my bus. This wasn’t the first time that someone attempted to steal me from another company. I walked away with a loud “no.”

As I roamed the station, the guy came back and grabbed my shoulder and said something franticly in Spanish. I almost back handed him. I thought he was an aggressive salesman, which I had seen. I cleared some room with an elbow and walked away. Still no closer to finding my bus and with time dwindling, I was approached by a German guy. In English, he asked if I was going to Sucre with San Francisco (which was the name of bus company I bought from). I was put off that he knew this and then I saw that the little Bolivian man who has been chasing me around was behind him. Before answering, I asked what that guy wanted. The German guy explained that my bus driver showed up to the bus station drunk and my bus had been canceled. The Bolivian guy worked for a sister bus company and would honor my ticket with no additional funds. We returned to his window, he wrote me a new ticket and I was on my way. Only in Bolivia.

When I was leaving Lima, Peru and heading to Ecuador I was talking with a retired Ecuadorian English professor as we waited for the bus. She inquired about where I was going in Ecuador. I honestly had no plan, I was going to get to the border and see what grabbed my attention. I conveyed this to her, puzzled, she asked if I ever heard of Cuenca. I hadn’t. Truth was I hadn’t heard of much in Ecuador. She told me she had a car and a driver meeting her at the border and if I wanted to go to Cuenca she would take me there for free. I wasn’t sure what to do. Who was this lady? What did she want? She saw my hesitation and told me to think about during the ride to the border (21 hours) and to let her know when we arrived. Not one to turn down a free ride, I took it. She even payed the cab to the border. The four-hour ride to Cuenca passed without incident. Turns out there are still good people in this world.

2 thoughts on “Tales from the Bus Lane”