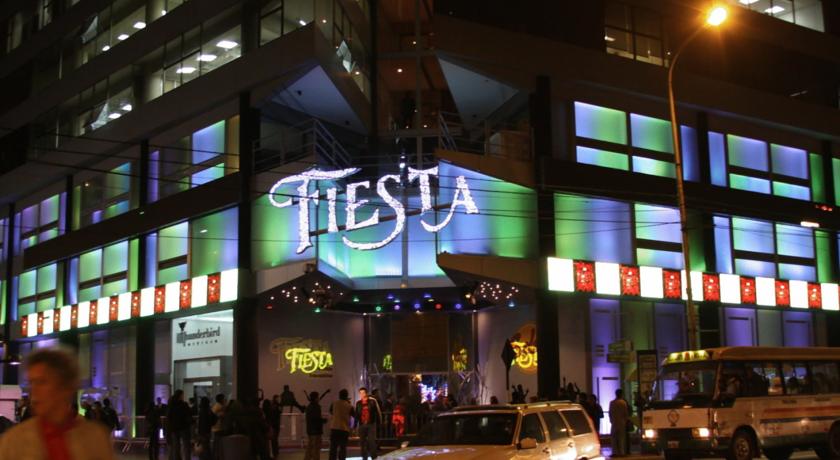 Everyone who knows me knows I love The Ohio State University, particularly its football team. I happened to be in Lima, Peru for THE GAME. If you don’t know, that is Ohio State v. Michigan (the biggest and most hated rival). I made sure I was up at the crack of 11:45 a.m. and turned on my computer to watch the bloodbath. Naturally, the previously reliable WIFI signal was in the toilet and I couldn’t get the stream.

In a panic, I Googled sports bars in the area fully not expecting to find one. After all, I hadn’t seen a bar yet in South America that played college football. By the grace of Woody Hayes, there was one. I ran out to the curb and hailed a cab to The Corner Sports Bar and Grill.

The Corner is your typical American sports bar, including a full menu of fare found in sports pubs across the nation. It is owned by an American guy and it was something I really needed after not seeing a single game on TV all year. I’m thankful to watch online, but it is just not the same.

As I walk in I immediately spot four Michigan fans and they tell me they don’t want me sitting near them. (As if I wanted to sit with those bottom feeders.) So I go to the bar and sit down and start chatting with the guy next to me. Ken is from Montana but is an Ole Miss fan and just likes watching football and drinking beer. We become fast friends, the kind of friendships that happen when you are both traveling alone. He mentions he met two other Ohio State fans the night before and they are coming to watch the game also.

Soon Neil and AJ (former roommates at Ohio State) show up and invite us to join their table. The beers are flowing like the Olentangy River after a rainstorm. We bond over Ezeakiel Elliott’s 214-yard game. Hearty OH-IO chants echo around Lima’s Miraflores neighborhood. Ohio State wins!

We meet more Americans, three guys from Iowa, and they morph into our group. We stick around The Corner and watch the next set of games. The food and drinks continue. Neil, now living in San Francisco, is a high roller. He gets whatever he wants, and a lot of it. It seems AJ, and the two Peruvian girls that joined them, are along for the ride. By the time we leave, our table’s tab is north of $400 USD.

It is about 7 p.m. now but we are just getting started. Someone suggests we go continue to drink at the casino. We head to the Fiesta, where Ken is staying. It is Ken, AJ, Neil, Layla (Peru), Emma (Peru) and Kyle (Iowa) and myself.

Soon the group bellies up to the bar inside the Fiesta but Emma has disappeared. I don’t think anything of it, people come and go so fast from my life these days. She returns about an hour later with a large amount of cocaine, eight grams I’m told. The street value in the US is about $800, in Peru it was $32.

Ken, the girls, and I don’t want any part of it. The other guys head to the bathroom together, and here you thought only girls go to bathroom in packs. I thought about leaving, surely these guys going to bathroom together, and frequently, would be suspicious. It wasn’t a great mystery what was happening. The last thing I wanted was to end up in the Peruvian slam. Layla told me to stay, she explained that this was Peru. It’s normal. No one cares. Sure enough, no one did.

Neil is a card shark and a master of black jack. He heads to the table and bets the max most every hand. I just watch. I don’t have money to lose, or snort, for that matter. He plays for hours and I am fixated. He wins most of the time. It was like watching TV. Every once in a while I’d offer a high five or some motivation. Before I knew it, I was his unofficial good luck charm. I indicated I was getting tired and might take off as I had stopped drinking hours ago. He bought my drinks and then gave me $200 in chips to play alongside him.

Soon he was sitting on $7,000 in chips. I was shocked. I’d never seen anything like it. However, the card gods turned. Next thing I knew he was down to $200, which at that point I gave him back all the chips I was playing with.

Unfazed he kept playing, and kept winning. The pot grew 1 k, 2, 3, 4 and so on. He built it all the way back to $14,000. I advised quitting and he agreed to set 10 k aside. He kept playing with the rest, with intermittent cocaine breaks, and eventually lost it. I swear this was some kind of movie.

By this time it was 4 a.m. and the group, minus Ken who went to bed, needed a change of venue. So we headed to a nightclub. True to form Neil got a table and bought bottles of liquor for everyone spending hundreds of more dollars. The music was loud and we danced the night away with some of the most beautiful people in South America.

Eventually the crowd started to die down. We decided to leave and when we emerged from the windowless and clock-less club it was 7 a.m. and the sun was out. I was completely done. I said I was going home. We exchanged handshakes and nothing else. The last I saw of them was when they piled five people in a small cab. I walked back to my hostel.

I love to travel for things like Iguassu Falls and Machu Picchu but the best times are unplanned. Like the time I partied for 19-consecutive hours in Lima with my 19-hour best friends.

One thought on “One Night in Lima”