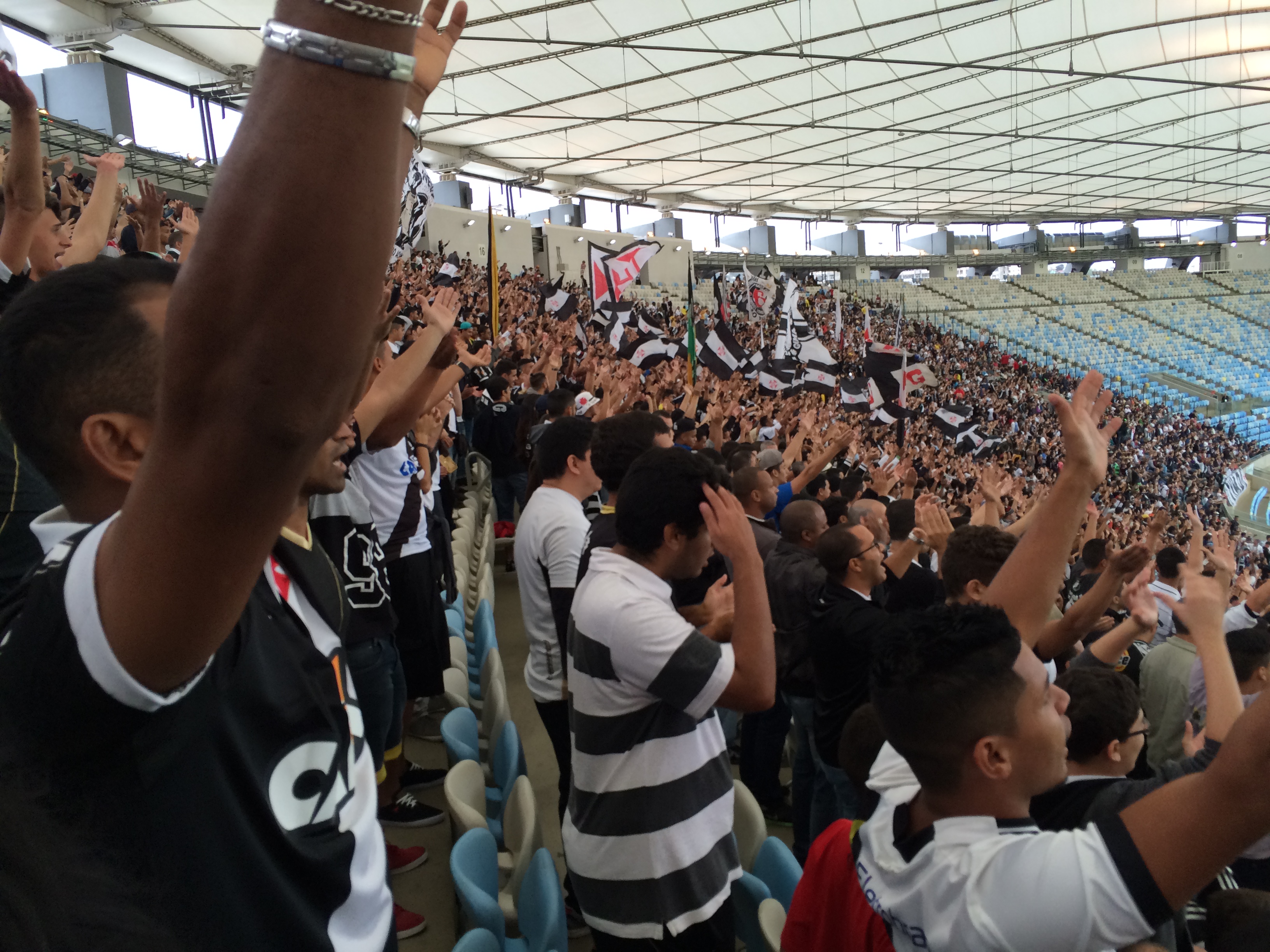 I ended up staying longer in the city of Rio de Janeiro than I originally planned for one specific reason, which was to attend a pro football (soccer) game. It was definitely was worth it.

I have had the good fortune of attending hundreds of professional sporting events, in many cities, in every sport. That list includes big events such as the Final Four, World Series, UFC title fights, WWE pay-per-views, the Summer Olympics and college football with over 100,000 in attendance. So I think that gives me some credibility when I say that per fan I have never seen people more passionate. This, for a regular season match between two teams that aren’t very good.

In Brazil, fans of opposing teams cannot sit together, or even remotely near each other. Fans of Team A sit in one end zone and fans of Team B sit in the other. They are separated by tall steel fences, cops in riot gear and attack dogs. This isn’t Ohio State v. Michigan, North Carolina v. Duke or Yankees v. Red Sox. These fans will literally kill each other if given the chance. Fans of the visiting team also cannot enter or exit the stadium at the same time. With tensions so high, riots can even break out among supporters of the same team.

There is a section for tourists and others who can watch the game without being in the middle of it. Of course, I didn’t sit there. I hate, in general, guided tours. I wanted to sit with the people and see and feel what they did. The hostel I was staying at offered a tour that included tickets in the neutral area and a ride to and from the game. We were advised to take the tour. Whatever.

I went with a girl I met at the hostel, we took the metro to Maracana Stadium. The stadium itself was a treat: home to two World Cups and it will be the site of the Olympic opening and closing ceremonies next year. When it opened it held 200,000 people making it the biggest in the world, now it holds close to 80,000. Outside of sports, everyone from Pope John Paul II to Guns and Roses to Madonna to the New Kids on the Block to Prince to Paul McCartney to the Backstreet Boys have had events there.

We had to get tickets like everyone else so we stood in a long line. We kept looking at our phones as the minutes ticked till kickoff. We wondered aloud if we would make it in time. While in line, a guy pushes me out of the way and heads towards the front. Incensed, I look behind and see his three buddies doing the same thing. When they got to me I moved over and dropped my shoulder and elbow into the guy to prevent him from passing. I was pissed. I wasn’t going to stand for this. Then the guy looked at me, it was a demonic stare, I quickly backed off and let him pass. I even apologized.

After getting the tickets for 40 reals (the tour was 130) we had to go through security. It was your typical pat down, under the armpits and down to the quads. Then it got weird, the security guard patted down my groin area and continued to actually grab my balls. I was shocked but could do nothing but walk in the stadium. For the record, that is the second time I have had my privates handled by another man (Turkey being the other). How horrible of a job is that? That guy must grab 5,000 dicks a day. Or maybe that was the gringo special?

Once inside I looked for an usher or someone working at the stadium to show us where our seats were. Forget it. We asked another fan, he laughed. Although the ticket had a section, row and seat on it people just sat wherever they wanted. So we did too.

Vasco da Gama (our team) scored quickly and the small crowd erupted. The chants, songs and flag waving was nonstop. Vasco made it 2-0 early in the second half on a PK and closed out Atletico-PR for the shutout win.

Everyone went home happy, including me. Thrilled to see the world’s game played in another country in a historic venue.

One thought on “Brazil is Football”