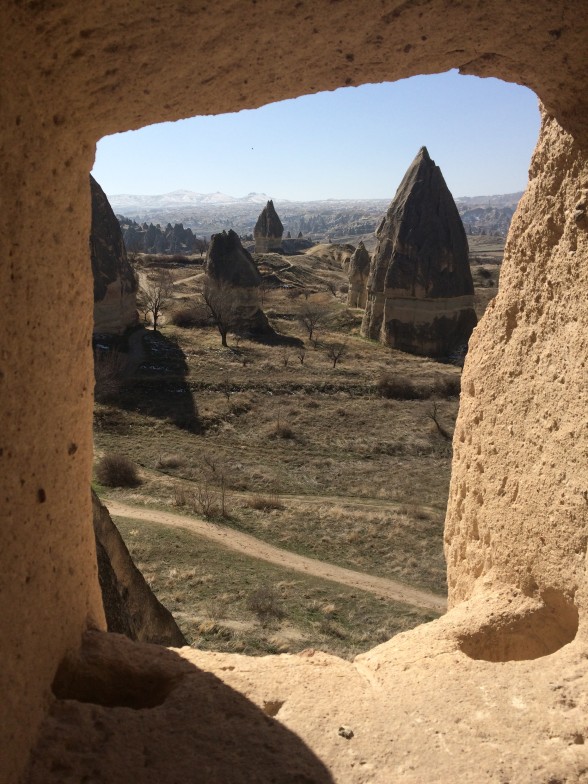 Outside of Brazil, I spent the most time on this trip in Turkey. It is not happenstance as the two are among my favorite nations in the world to visit (I’d throw in Germany, England, and Australia as my top 5, if I had to pick). On my second trip to Turkey I spent 28 days, it was filled with smiles, laughs, mixed with tremendous fear and a whole lot of beer!

Here is what is cost me: 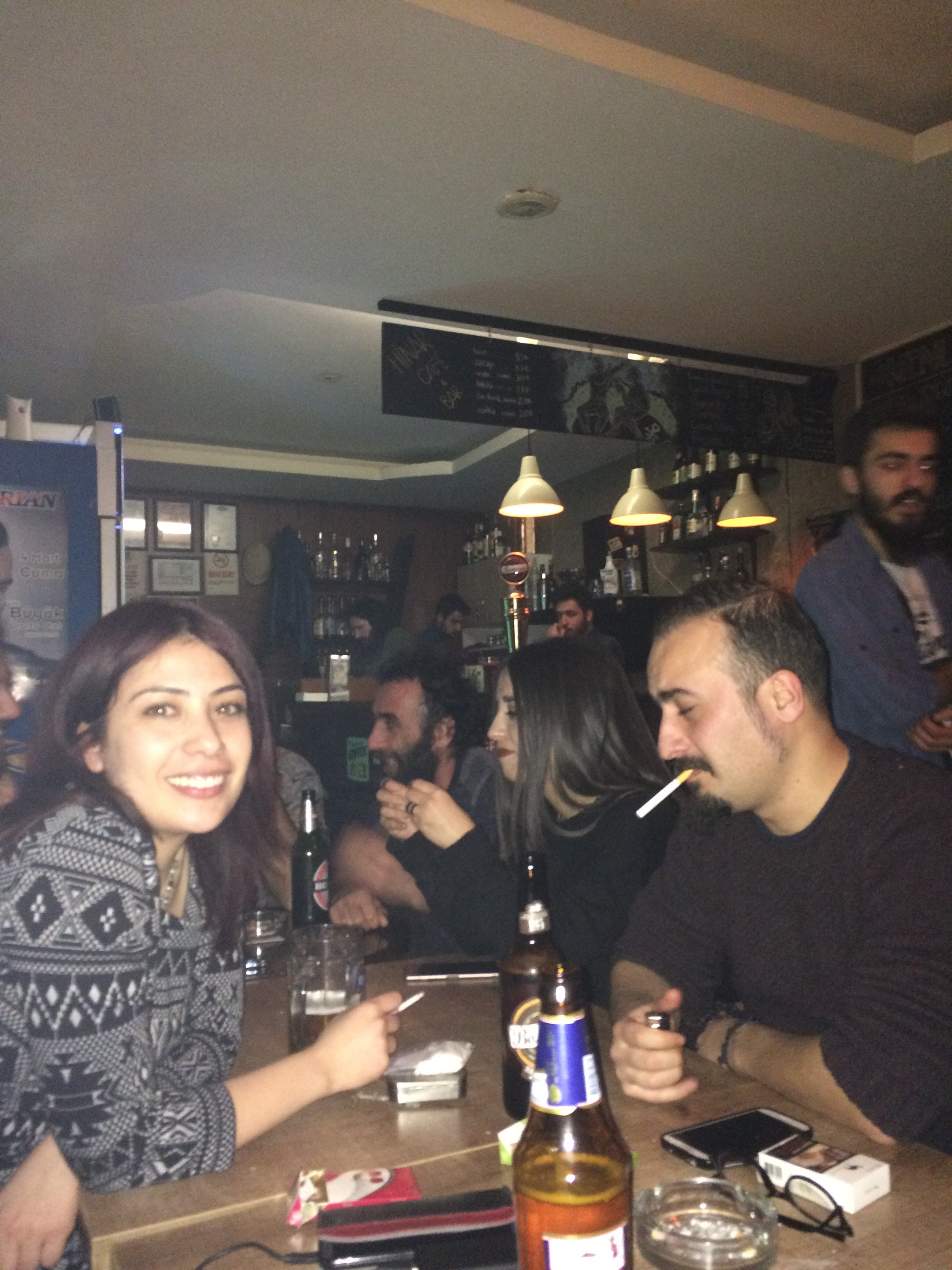 With my friends at my favorite bar in Van

For the first time on this trip, I spent the most money on beer. I spent more than twice as much as any other country (Peru $3.55 per day (PD)), I dropped $247 or $8.82 per day. To be honest I had no idea that I spent that much until I ran the final numbers. Kind of ironic that I spent the most money on beer in a Muslim country, isn’t it? There are a few reason for this: 1. Beer isn’t cheap in Turkey, the tax is high, coming out to $3-$4 per bottle. 2. All the people I was hanging out with were drinkers so I did what they did. I wasn’t going to be a party pooper. In fact, one guy I stayed with owned a bar! 3. Because my accommodation cost was so low I was a little more free spending that I usually am. 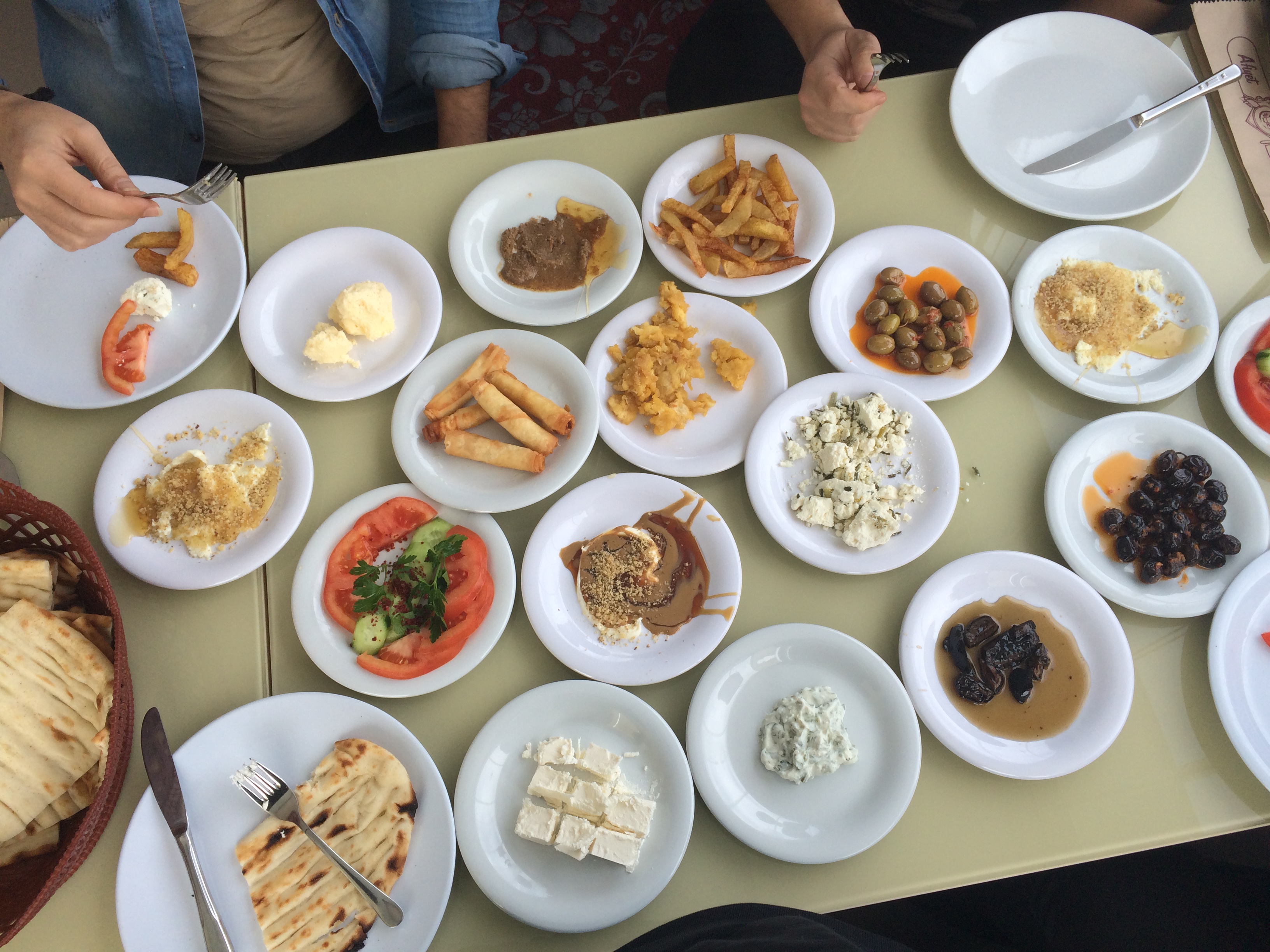 You can’t drink all that beer without some good eating. I love Turkish food, in particular the Doner. At one point I was keeping track of how many I had but I lost count somewhere in the 30s, I wouldn’t be shocked if I ate 40. Seriously, one of my favorite foods in the world. I spent $94 ($3.35 PD) on dinner and $68 ($2.42 PD) on lunch. I paid for breakfast once, and it was worth it, the famous Van breakfast. It cost $5 ($.17 PD). I also spent $18 on snacks ($.64 PD), mostly on popcorn that I loved getting at the corner markets. I also was hooked up many times with free food from the people I was staying with.

Smoking shisha in Cappadocia (with tea, of course)

The next biggest cost is also a strange one, other. I spent $106 ($3.78 PD) on things that don’t fit into my other categories. First, there was a $21 visa and I bought some medicine. I also lost $34. I don’t know if the bills stuck together or I got shorted on change or I just dropped it or what. It wasn’t outright robbery as I had more cash in my wallet. In any event, it was gone. I smoked shisha several times as well and at about $7 a crack it added to this high total. 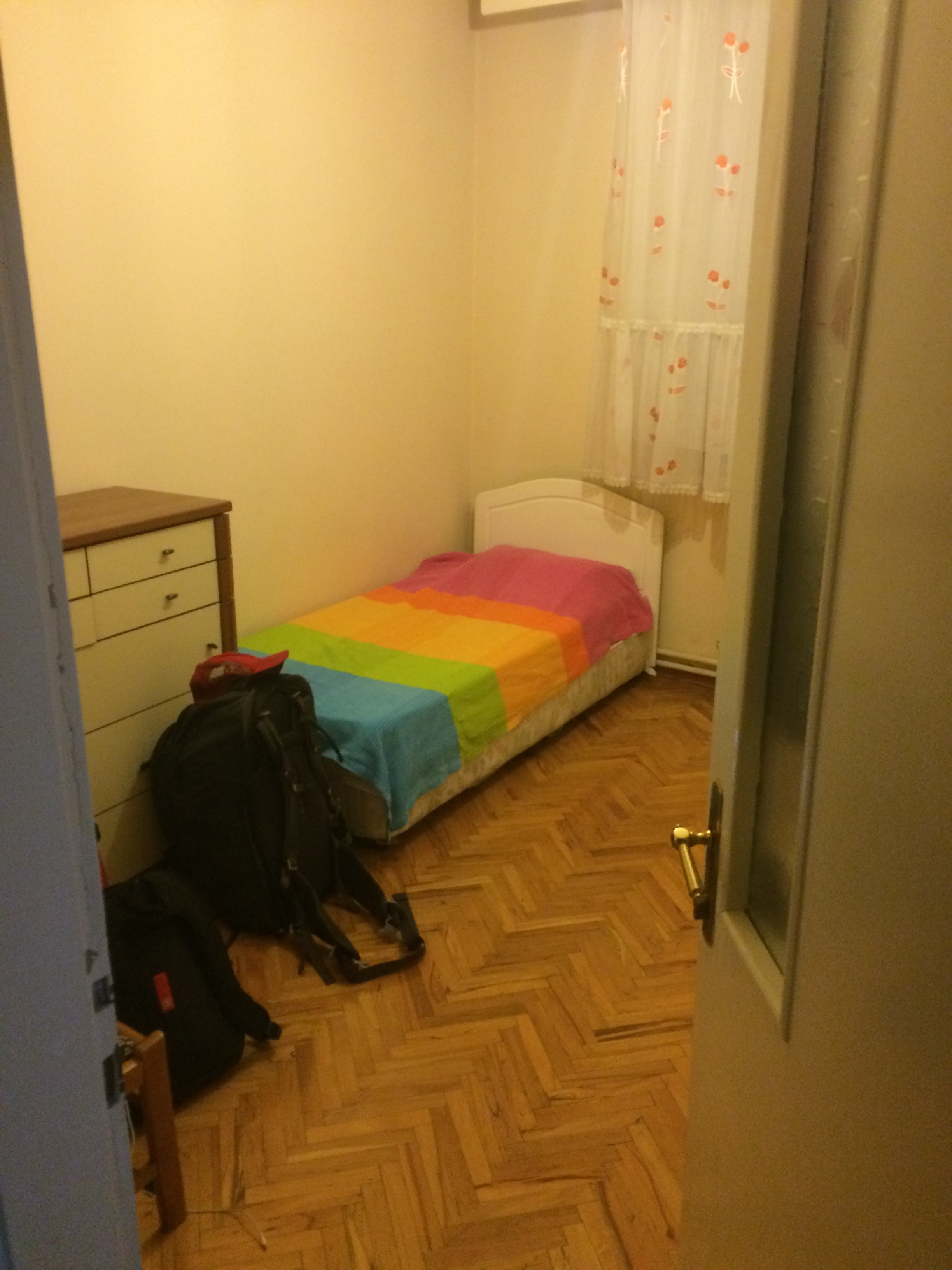 One of my “couches” in Ankara

After beer, food, and other finally comes accommodation. It cost me $63 ($2.25 PD). Of course there is no place in the world (that I know) where you can get a bed for $2.25 a night. I was blessed that the Couchsurfing community was so generous to me. I stayed with six different people, none who I had ever met before I showed up at their doorstep. In many cases they also cooked me a meal or two. I can’t say enough about the Turkish hospitality! I also spent a night on an overnight bus. In 28 nights, I paid for seven. Six were in a hostel ($6.33 per night) and one was in a nice hotel, the hotel was deeply discounted ($25) because of so few tourists due to the bombings. 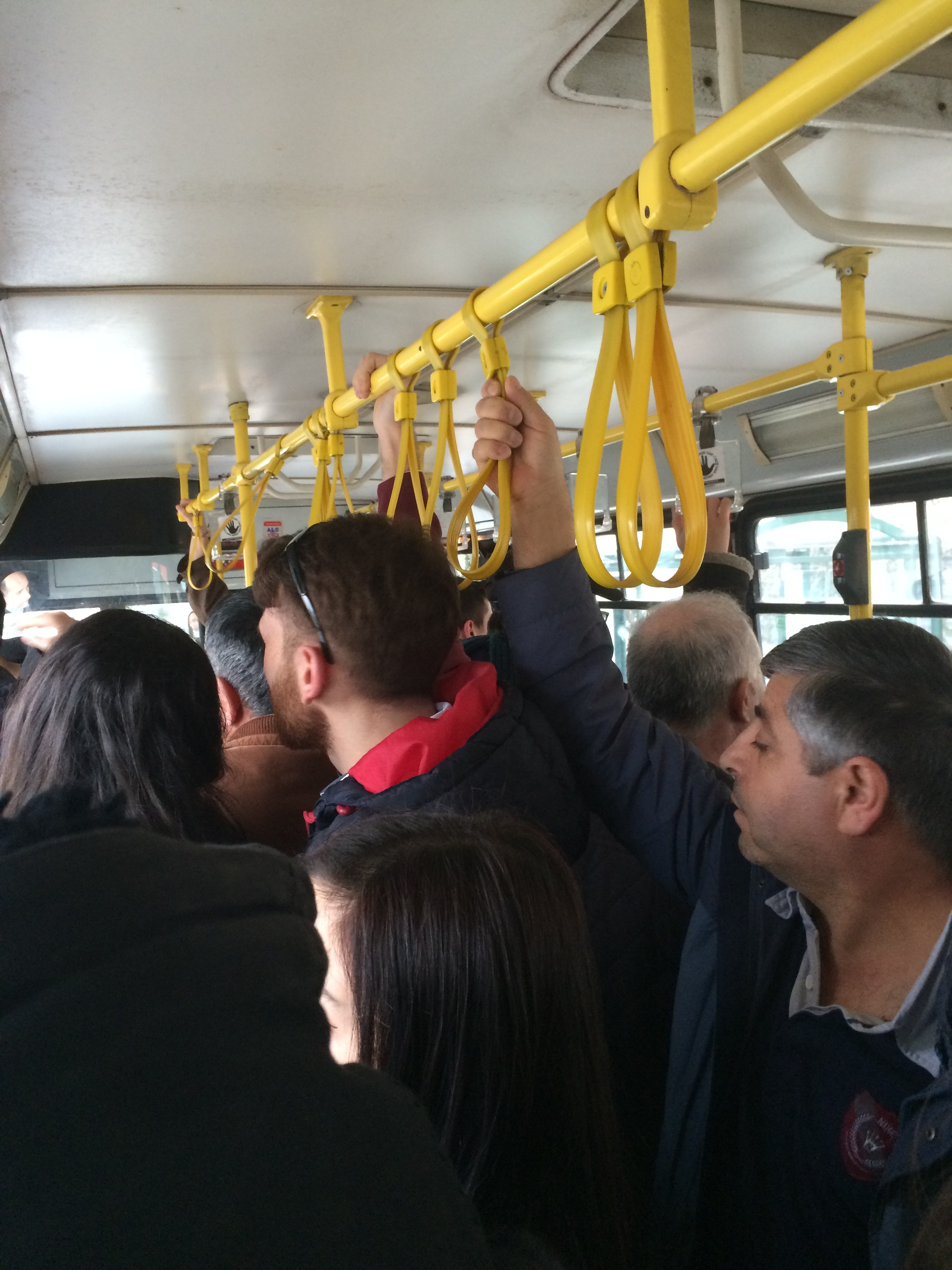 The crowded local bus in Istanbul 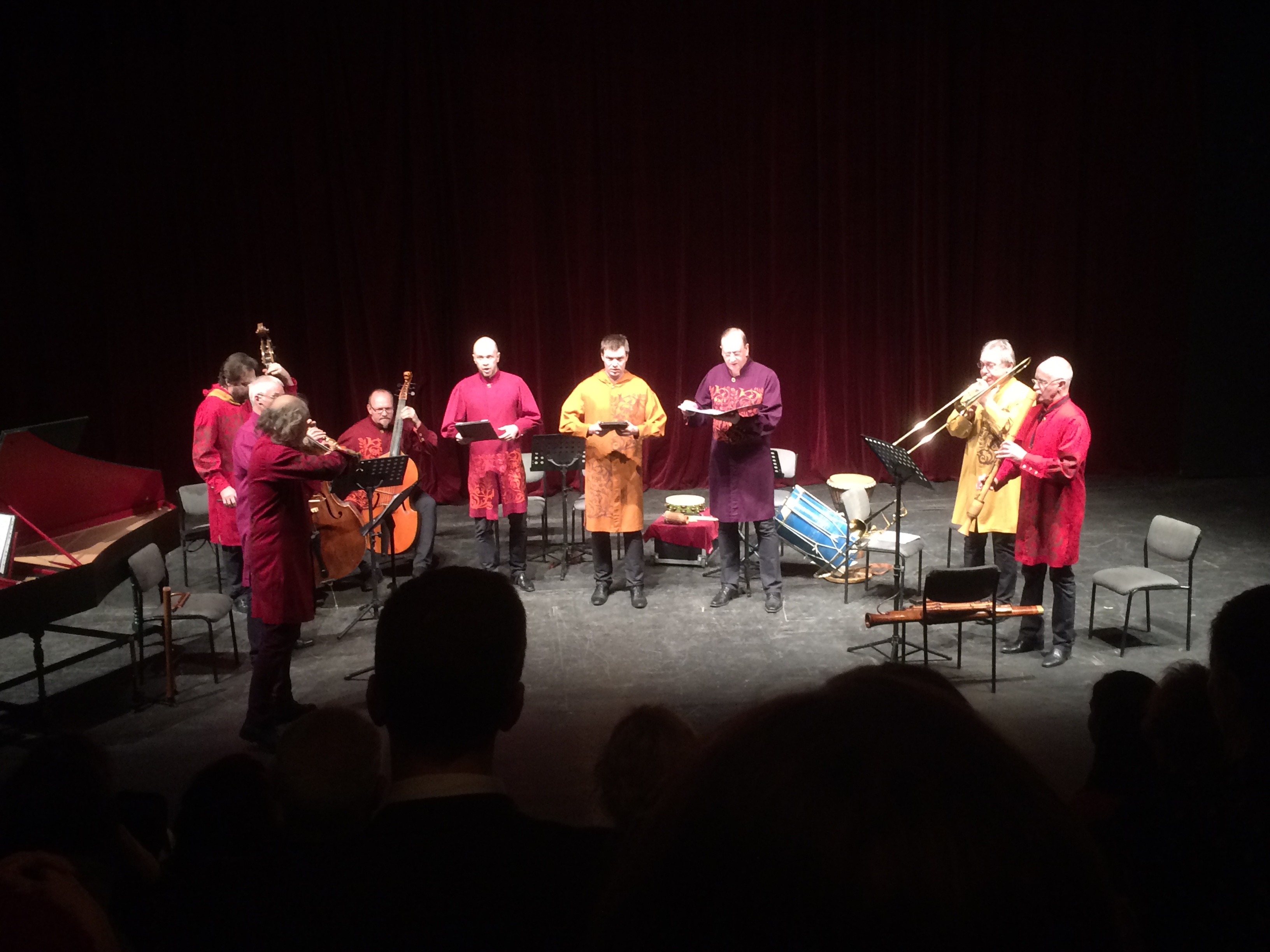 Getting cultured in Ankara

I spent $40 ($1.42 PD) on tourist activities, most of which came on a classical music concert ($17). An orchestra isn’t my usual idea of a good time but I enjoyed it. The rest came for admission to four separate sites (Uchisar Castle, Akdamar Island, Rumelihisarı Fortress, and Derinkuyu Underground City). Fortunately, many sites and mosques are open to the public for free.

I drank what seemed like gallons of tea, which is usually free but I did spend $3 ($.10) on water.

One thought on “Budget Breakdown: Turkey”