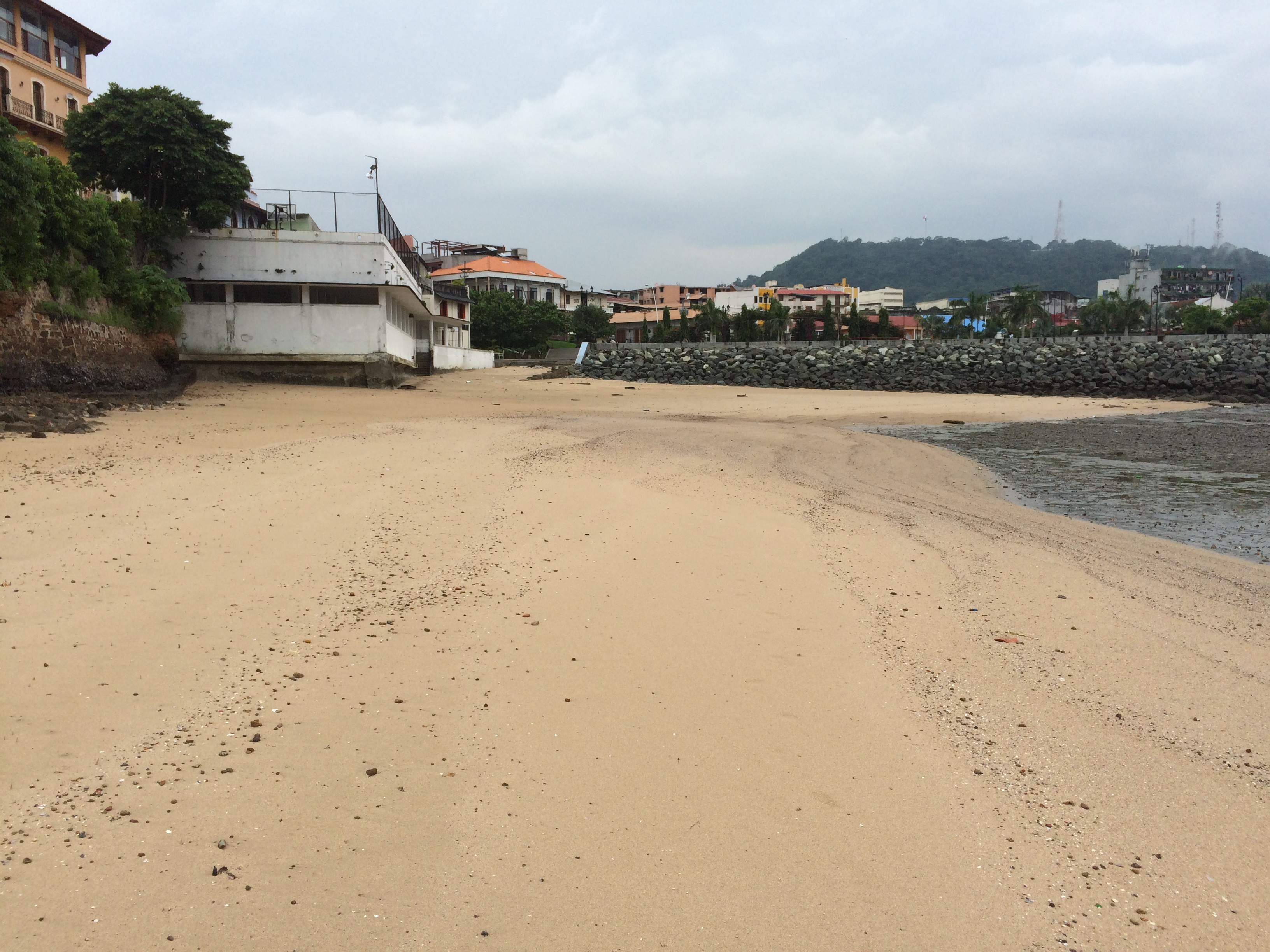 One of my first days in Panama City I decided to explore the old quarter (Casco Viejo) or San Felipe. After about an hour walk to get there, with a few slight detours due to getting lost, I found it.

It was a Saturday, in the most populous city in the country, on one side of the old quarter there was a beach that was completely empty. I mean not a single person. After living 20 minutes outside of Waikiki for the last six years I was ecstatic to have a beach to myself. As I walked down a short flight of stairs I noticed half buried yellow caution tape. It had been on the ground for some time and since it wasn’t hanging I took that as a green light.

I walked down the beach several hundred yards until I reached a tide pool area. There, I looked around, tried to get close to some pelicans and went out as far as I could. On the way back, I stopped halfway down the beach, sat down and just looked out to the ocean and at the city skyline. An unbelievable place, and I didn’t have to share it with anyone.

Mid-daydream I heard someone whistle. I didn’t think anything of it. It happened again so I looked back only to see some 10 or 12 police/soldiers spaced out evenly every 30 or so yards. Dressed in all black with maroon berets these weren’t traffic cops. They all had guns, some of the assault rifle variety. They stared at me, uninterrupted, and the one who whistled motioned me to me and started yelling in Spanish. I don’t know Spanish, but I gathered that they did not want me there. I walked back the way I came where I eventually encountered the biggest one of them all. He was irate and still yelling, I tried to apologize but he didn’t understand English. I kept walking and found the safety of a rooftop bar.

Later I was talking with a woman who worked at the hostel I was staying at and I relayed my story. I asked what the deal with that place was and she laughed. Apparently the President of Panama’s residence backs up to that beach. I had inadvertently stumbled onto his property which caused these soldiers to mobilize. Oops.