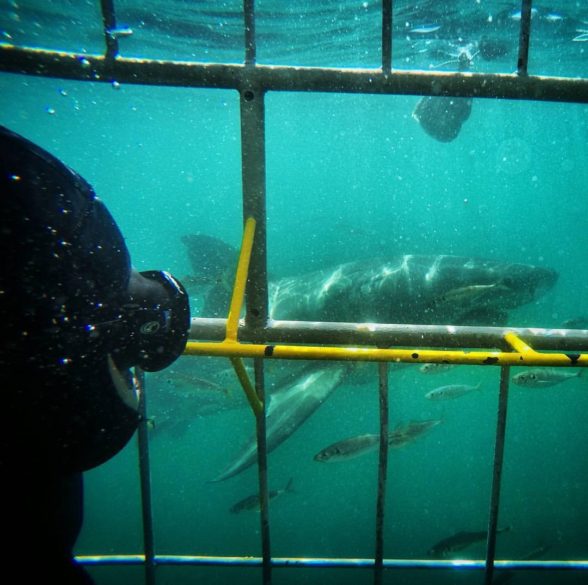 The second half of my animal loving South African doubleheader was something I had been fantasizing about since I was a preteen. Dive with a Great White Shark!

Maybe it was too many episodes of Shark Week in the early 1990s but for as almost as long as I can remember I have been obsessed with sharks. I went on to jump in an aquarium of sharks in Australia, went on three cage dives in Hawaii (which included the Tiger Shark), and even went on two free dives with various types of smaller sharks (6 feet and under). When snorkeling and I see a shark, I’m the guy that swims toward it. Despite all this experience with our finned friends I never met the king of the ocean, the White Pointer, White Death, the Great White Shark.

Any armchair ichthyologist knows there are Great Whites in South Africa, and lots of them. This factored big in my decision to go. I also set aside some extra cash in the budget to go find one of these sharks. Turns out I didn’t need most of it, for just $134 I got to live my dream. 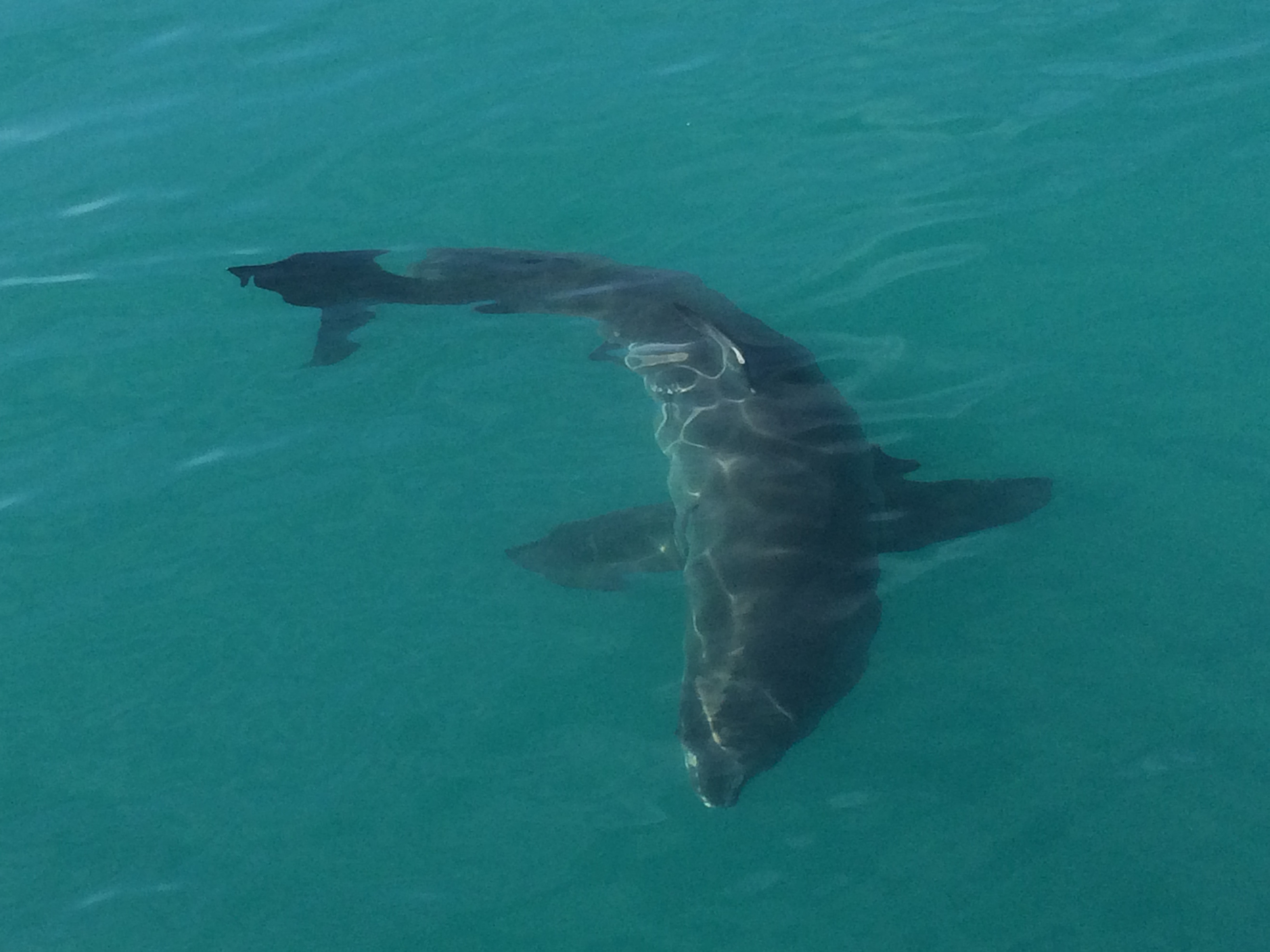 I went with the White Shark Diving Company, what they lack in creativity they make up for in performance. The tour included transportation from Cape Town to Gansbaai which is about a two hour drive. The price even included lunch after the dive.

Once we arrived, at the crack of dawn, we were briefed on cage safety and headed out on the water. People think these sharks are way out there, we were in view of land the entire time. Soon the deckhand started the chum slick which is basically a soup of blood and guts from various creatures. The captain claimed it was a secret recipe, different from other boats, that would bring the sharks running. True or not, it didn’t take long before the first White Shark arrived. We were separated into two groups of five, plus a smaller third group. I thought I was gonna die of anticipation as I was assigned to the second group. 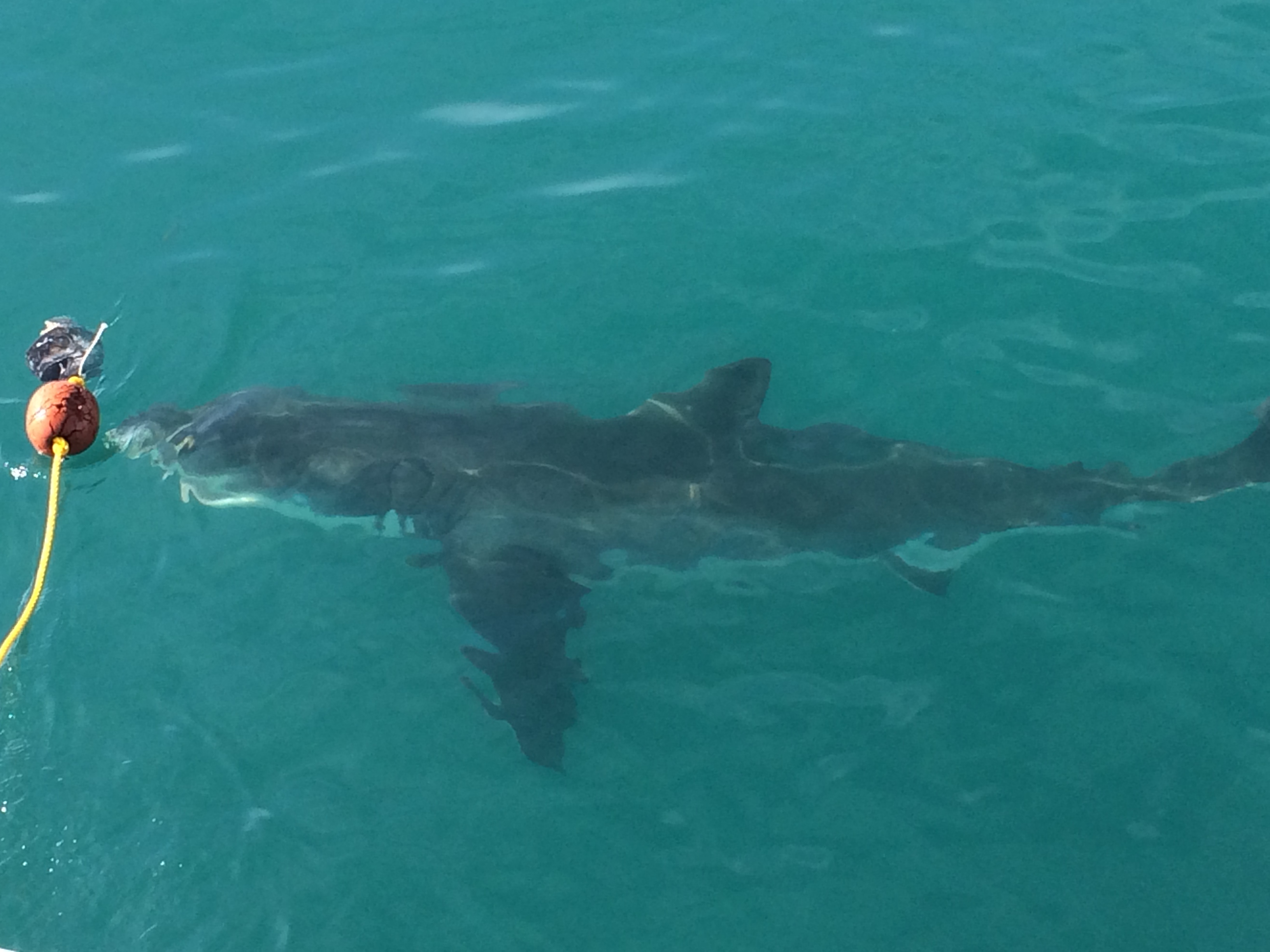 The water was a chilly 66 degrees (18.8 C), we were given wet suits although adrenaline was the only heater I needed. While in the cage your head is actually above the waterline, when a shark approached the spotter on the boat yells DOWN and then a direction so you know where to look. Then you hold your breath and and pull yourself down in the cage. The chum gets the sharks in the area but the visibility is extremely poor, no more than a few feet. In order to see anything, the sharks need to get very close to the cage. 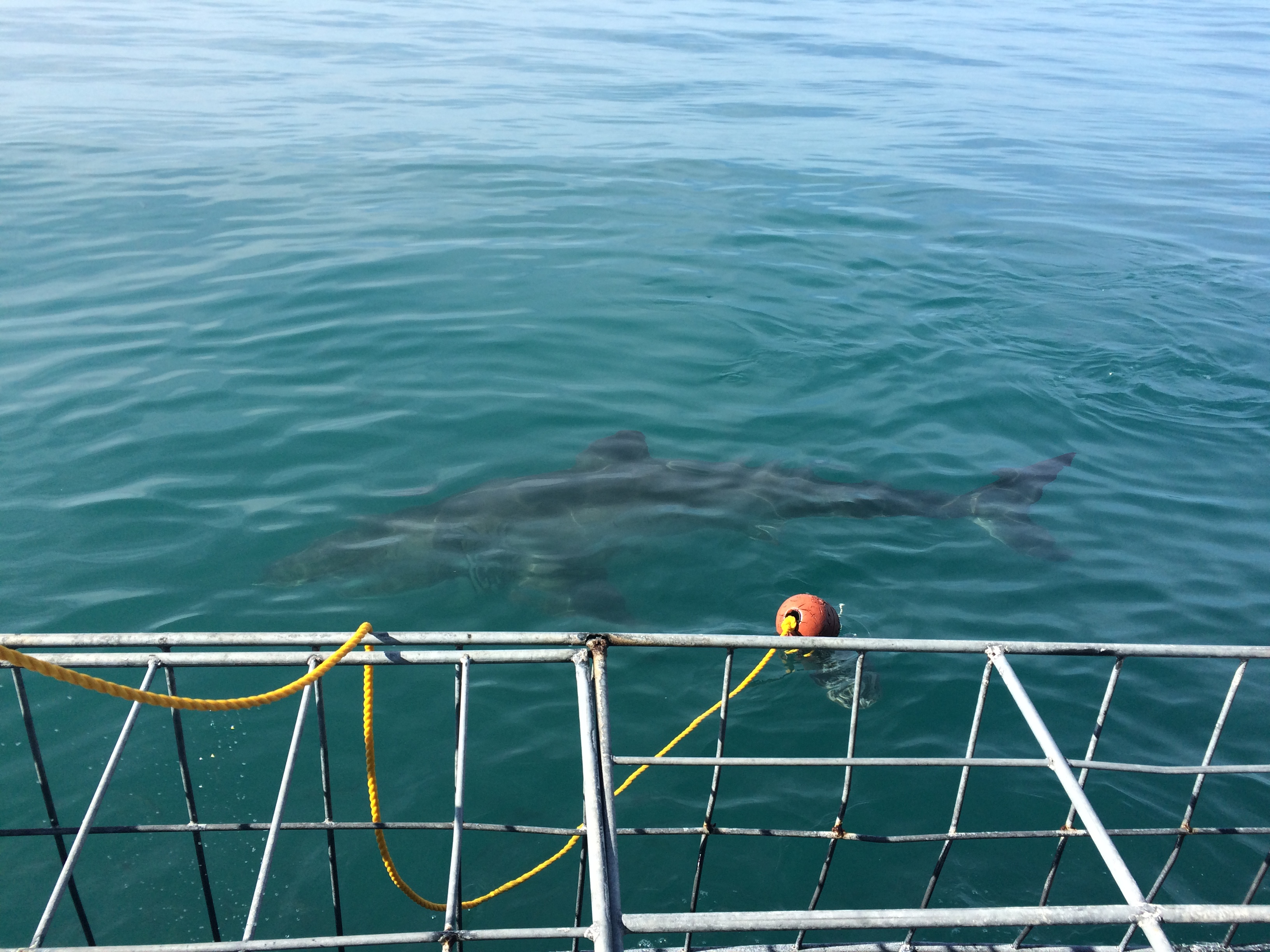 Finally, it was my group’s turn. Once in the water it was an eerie feeling, knowing that there were several big sharks in the area but you couldn’t see them. It was just an endless green murk. At last, the spotter yelled DOWN LEFT and I quickly sunk below the surface. I almost swallowed half the ocean for just two feet away was a 12 foot (4 M) Great White Shark, mouth agape with teeth hanging out, staring at me with its midnight black eyes. Over the next while several different sharks made passes. We saw nine Whites in total that day.

After my group the third smaller group went and the deckhand asked if anyone wanted to go a second time as there was still space in the cage. Talk about a no brainer! I quickly volunteered. The staff get the shark near the cage by throwing a big chunk of tuna on a rope on in front of the cage, once the sharks sees it they pull it back towards the boat (and cage) and the shark chases it. Once it is right in front of the cage they pull it out of the water, leaving the shark in prime viewing position. During this second session one shark chased the bait with aggression and when the bait was pulled the shark was going too fast and WHAM, it drilled the cage. The shark was coming so hard that it momentarily got its nose stuck in the cage and violently shook the cage to get free. What a feeling! A hybrid of terror and joy. The shark didn’t want anything to do with us it just wanted the fish. 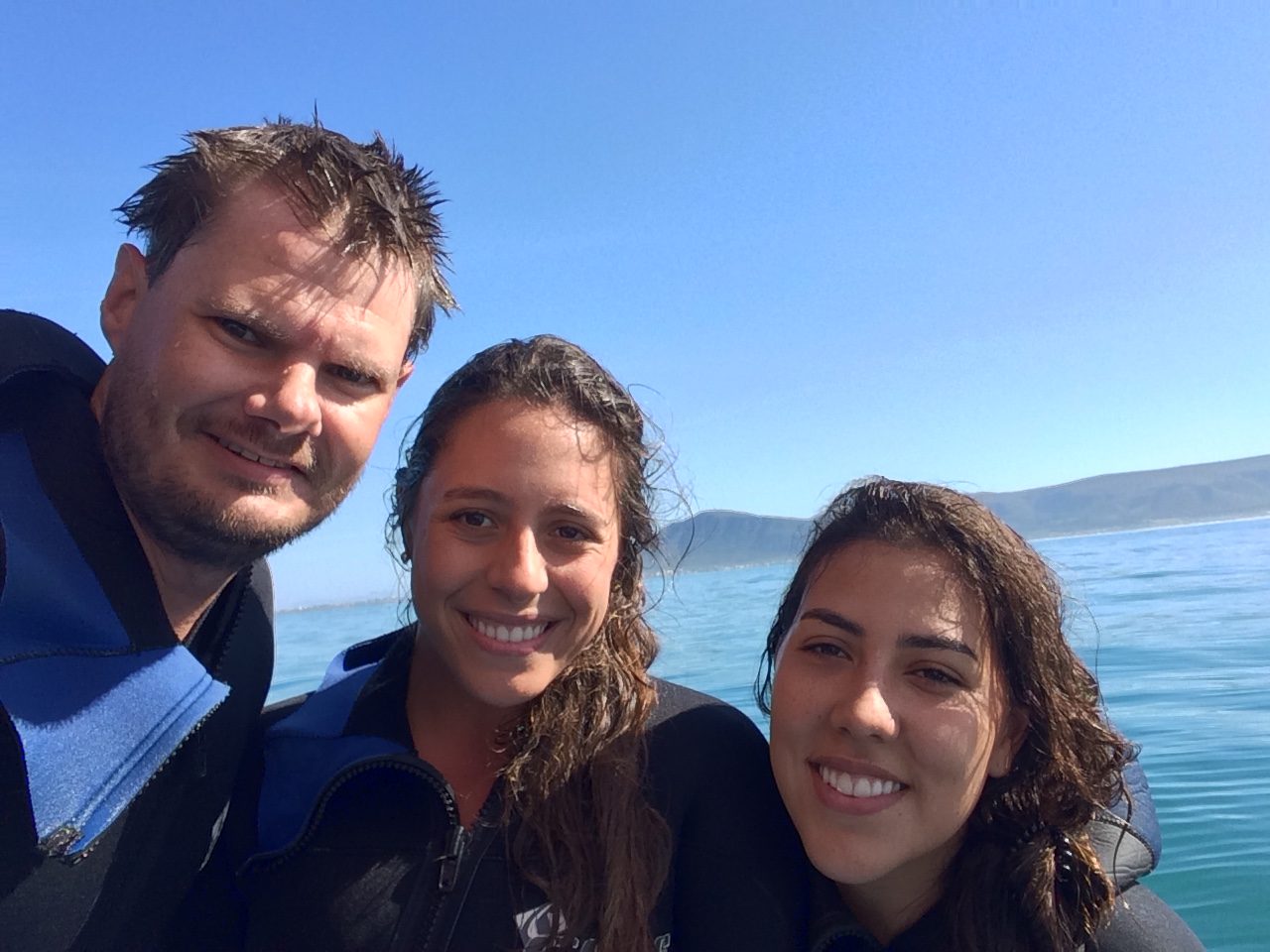 After the diving we took a ride out to Dyer Island and saw the seals tempt fate in Shark Alley, it was fun to see theses places that are staples of almost every Great White documentary. Some people also enjoyed the random whales and seabirds that we saw but I just kept replaying the moment I met my first White Shark face-to-face. What an epic day, I’d recommend it to anyone and will most certainly do it again.